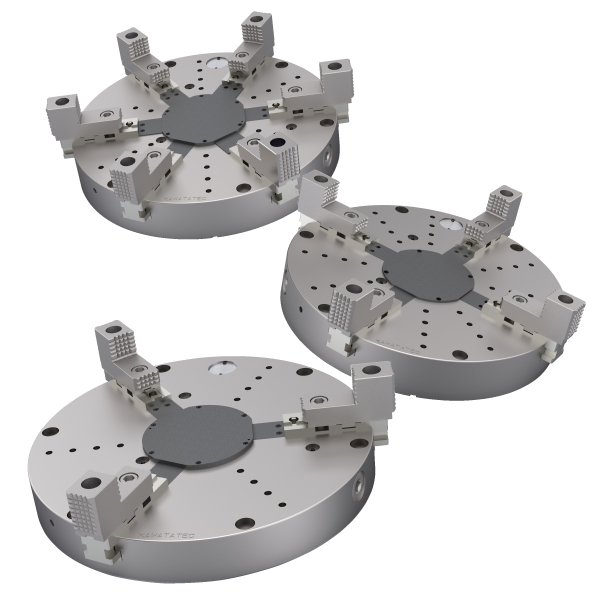 COMPARISON WITH OUR STANDARD CHUCKS

TM series are compared with NST series or SRK series in the following table. Maximize the load capacity and the workpiece height inside the machine

TM series is optimal for hole machining such as a flange or milling with vertical or horizontal machining center. The load capacity and Z-stroke are maximized by using this chuck since it is designed to be lightweight and thin-shaped. Installation of TM series chuck in place of boring mill jaws of standard accessory can save the time of centering.
TM series is suitable for vertical machining since the chip cover is attached. TM series is designed on the assumption that it is installed on a tombstone and table with sufficient rigidity. Accordingly, TM series is lower profile and lighter weight than standard chucks.
The feature of low profile and litweight is effective for use of 5-axis machine which has restriction of the maximum load capacity and the workpiece height.

＜IMAGE OF TOOL PATH＞
The thinness of chuck shorten the shifting distance of tool due to reduction of radius gyration and shorten the machining time. As for TM300/TM400, the thru-hole can be used by removal of the center cover on the chuck and the cover on the top of jaws.

Thru-hole dimameter
TM300 : 125mm
TM400 : 180mm
TM300, 400 are especially suitable for use on a rotary table. For pipe machining, TM series with 6jaws is also available as a standard specification. 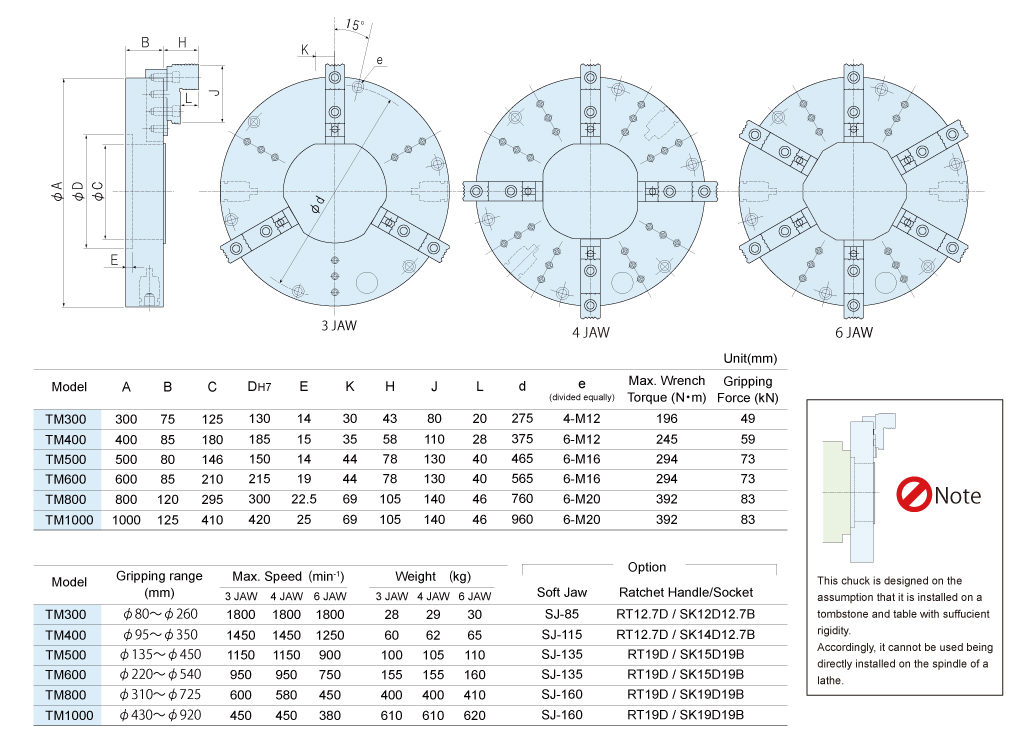