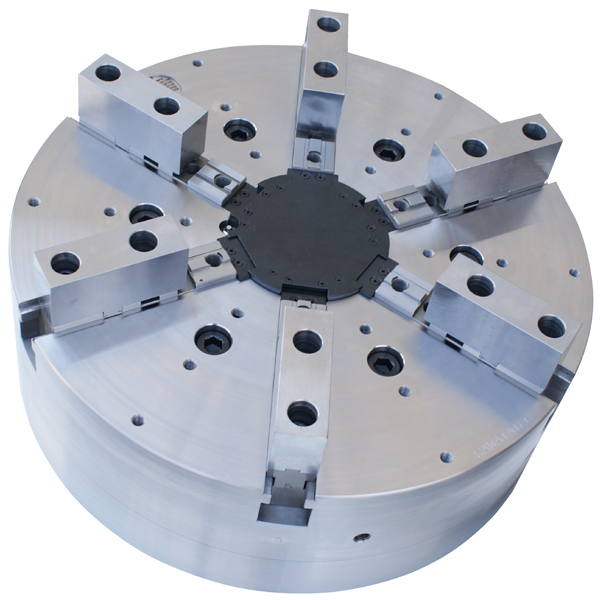 Floating function included inside the chuck. Allows for equal clamping at 6 points in the first operation of ring materials with low roundness.
(* Our experimental data reveals that roundness is improved on average by four times with respect to conventional 6-jaw chucks.) Each floating jaw is attached with a pendulum jaw and clamped equally at 12 points to realize greater improvement in roundness.
(* Our experimental data reveals that roundness is improved on average by 6.5 times with respect to conventional 6-jaw chucks.) Decrease in gripping force due to rotation is approximately one-fifth of
that of conventional hydraulic chucks.
If a thin workpiece is chucked loosely due to concerns about
deformation, there are no concerns about a flying out workpiece.

Please slide to the right